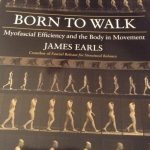 Born To Walk by James Earls Reviewed by Lee Artur Paperback First published in 2014 Lotus Publishing and North Atlantic Books The forward of this book was written by Thomas Meyers of Anatomy Trains fame. The author, James Earls is a myofascial bodyworker, lecturer and writer who partnered with Tom Meyers in founding Kinesis UK, […] 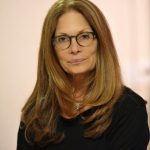 Lee Artur is a veteran of the fitness industry having begun her career in 1982, at the inception of the fitness boom. Over the course of the last 34 years, Lee has been in every aspect  of the fitness Industry. IN 1984 Lee opened the Exercise Studio In Doylestown, Pa. In 1989, Lee partnered with The Center Club, a family owned Karate and Fitness center in Bucks County Pa. Lee acted as the Aerobic and Fitness Director of the club, from 1989 until 2003  as it grew from one club, to a small chain of three centers located in Bucks County Pa. and Hunterdon NJ.

Lee has been a CEC provider and conference presenter, for ACE, AFFA and AAAI and starred in a step training video produced by Greg Twombly, founder of CIA, Creative Instructor Aerobics, a video based training program for aerobic instructors.

In 2006, Lee was hired by the Healthquest Fitness Club, to train instructors in the Pilates Method and to facilitate and install a fully equipped Pilates studio at the club. Lee acted as a consultant to the club and as Director of the Pilates studio from 2006 until 2011.