You are here: Home / 2015 / Did Joseph Pilates suffer from asthma as a child?

I have been asked this question many times since my biography of Joseph Pilates was published in September. People are asking about it at readings and workshops, via email and on Facebook. Where did they get this idea?

It was Joseph Pilates himself who used to suggest that he had had health issues as a child when he was talking to journalists! So in 1956 Doris Hering described him as a “frail child” in her article for Dance Magazine, and eight years later Evelyn Ringold wrote in the New York Herald Tribune: “Young Joseph was so puny he was forced to build himself up against the threat of TB and the attacks of bigger boys.”

Clara added the asthma. In an article for Women’s Wear Daily in 1972 after conducting an interview with Clara Toni Kosover wrote about Joseph Pilates: “As a boy he suffered from asthma…” The truth of this was taken for granted, so that today you can find this information in almost every bio of Joe Pilates on the websites of Pilates studios all over the world. Yet, I don’t even mention his asthma in my book – why not?

In the days of Joseph Pilates it was common practice among strong men to tell stories about how weak they were as a child. To us this doesn’t make sense – today we want to be perfect from the day we’re born – but they thought differently.

Eugen Sandow for instance, famous body builder and idol of Joseph Pilates, wrote in his book “Strenghth and How to Obtain It „As a child I was myself exceedingly delicate. More than once, indeed, my life was despaired of.“ This was unfounded – he had been healthy and athletic – but he used this tale as a way to highlight the efficiency of his strengthening method. It was the same line of thought that Joseph Pilates went through when he said he was three years older than he actually was in order to emphasize the rejuvenating effect of his method.

And there is one more reason I have doubts about Joseph Pilates’ claim of having been an unhealthy child. It’s the fact that he survived infancy whereas three of his siblings died. From my point of view this suggests he must have been pretty robust and strong. Childhood diseases such as diphtheria and measles were deadly for many children back then. In Prussia one fifth of all children died before their first birthday at the time. If Joseph Pilates had indeed suffered from asthma, he would have needed to have a very robust physique. So it seems much more probable to me that this tale was just another publicity stunt – inspired by Eugen Sandow.

Do you agree or disagree? I’m looking forward to your comments! And please ask more questions! From now on I’ll pick one and answer it here on Pilatesglossy every week. 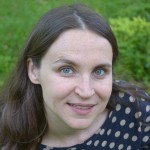